The first tomb of Eleftherios Venizelos.
The holy, historic church of the prophet Elias, in Chania, is located at "Froudia Akrotiriou". The building dates back to the early 16th century, in the form and characteristics of Venetian style.

It is a two-aisled church, dedicated to the two (2) important prophets-prophet Elijah and Elisha, whose building is the oldest.

The two temples are a typical example of the transitional ecclesiastical architecture until the second half of the 16th century, in the area mainly of Western Crete. Some sources testify to the existence of a Monastery in the area: On the map of the Markian library of Venice (17th century) among the monasteries of Cape Melecha appears the "monastery of St. Elias" (Prophet Elias). 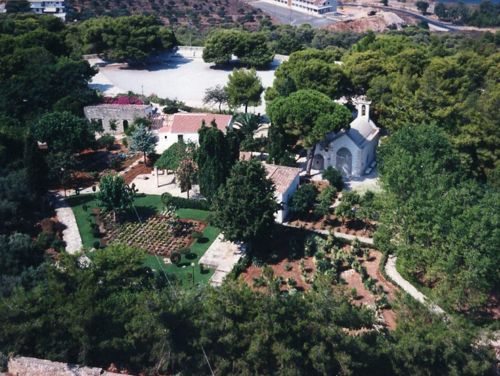 The tomb of the ethnarch Eleftherios Venizelos in the snow. 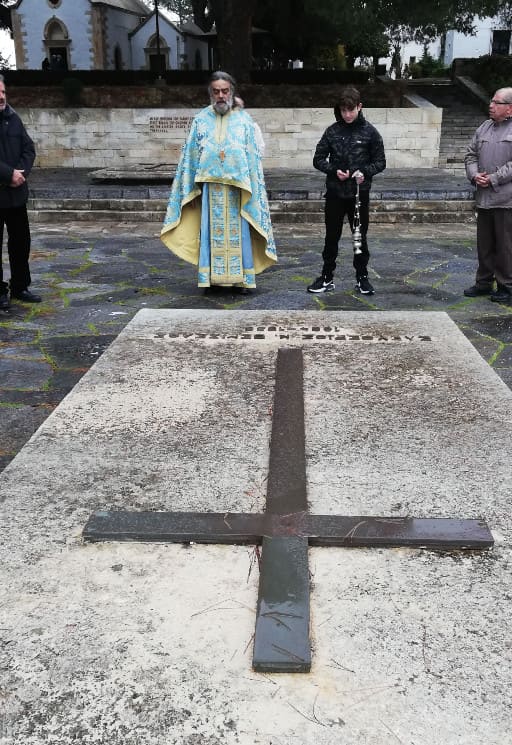 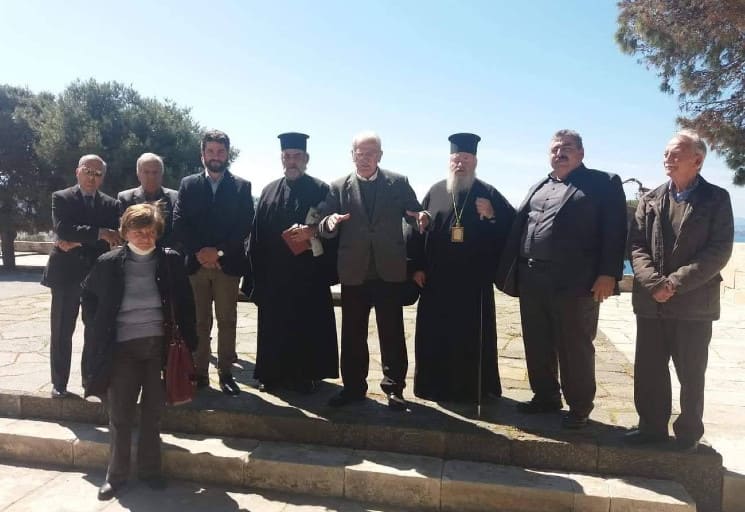 From the tomb of the ethnarch Eleftherios Venizelos.
The English priest and traveler of the 18th century Pokok, reports that he saw in the same area the ruins of a monastery. At the end of the last century, the church was an independent parish in which a monk of the Holy Trinity functioned. Until 1983 it was served by the priests of Evangelistria. Since then it has been a separate parish, with a chapel of Agios Georgios Koumbelis. The temple was repaired at the expense of Tsar Tsar Nicholas of Russia after the bombing of 1897. Later it was "renovated" with the result that its original form was altered. With the cooperation of the current priest, Emmanuel Bitzanakis, the ecclesiastical council and the Ephorate of Byzantine Antiquities, extensive restoration works were carried out in 1987. Restoration work on the Venetian bell tower will begin soon.

The church before the year 1972, perhaps even earlier, is surrounded by the village of Profitis Ilias.

During the year 1973 and after the forced expropriation under the State and in honor of the buried here - the Ethnarch Eleftherios K. Venizelos and the son of Sophocles Venizelos - the place is formed in its current form, as a monument of National scope.

Historically, it holds a prominent position in the Panhellenic and at this point we refer to the events of 1897 where the flag of the Revolution of the last uprising of the Cretan people is placed on the bell tower of the holy temple, for the revocation of its freedom, a fact which was achieved.

Later, after the epic of 1940-1941, the area was recruited by the Germans, as a central supply area for ammunition. The temple was used as a special residence of the commander.

As the days go by, an elder introduces himself to the commander and harasses him, making his life difficult.

He therefore orders the evacuation of the temple and allows the villagers to visit it once a week and perform their religious duties.

However, this is not the only thing worth admiring, but also many other things.
But it is worth noting here that after the liberation and returning the inhabitants to their homes, while the area was still full of ammunition (mines - missiles - grenades), none of the people and especially the children, who often played in the area this, they did not suffer anything, miraculously, attributed to their protection, under the Prophets.

Today, the Holy Temple is the center of worship, of a developing parish and not only, offering daily the sacred sacraments of our Church.

We know that the multiple, miraculous events, which have their origin in our Holy Temple, can not be enumerated, nor written down, because we encounter the duty of confidentiality for every person who has been moved by the Grace of the Prophets, in a miraculous way.

The Holy Historical Church of the Prophet Ilias.

We hope with the byway of time and with your own researche to enlighten those who want to know also via this page - ecclesiastical, historical and cultural elements of our place.